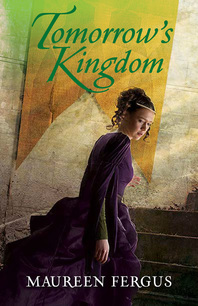 Persephone has once again broken a promise to Azriel — but only to protect him from death at the hands of the Regent Mordecai. Now she finds herself alone and burdened by responsibilities she would do almost anything to escape. But the days of putting her own needs first are long past, and when it becomes clear that Mordecai and Lord Bartok will sacrifice anyone and anything in their battle for control of the kingdom, Persephone knows she must find a way to thwart them both. She also knows that she cannot do it alone.  In this, the final book of The Gypsy King trilogy, Persephone is forced into a game of power where bargains give way to betrayals and the stakes are measured in blood. Does Persephone have the courage and cleverness she will need to survive the challenges she will face along the way? Will she ever again feel Azriel’s arms around her? And what does any of this have to do with the prophesied Gypsy King and the role he will play in tomorrow’s kingdom?
​ 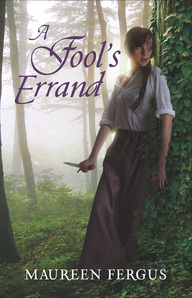 In the final moments of The Gypsy King, a truth was revealed to Persephone and Azriel -  one that could change everything forever. Trapped in a windowless castle chamber, they are a heartbeat from death when Azriel boldly bargains with the Regent Mordecai: release them and they will seek out the mythical healing Pool of Genezing. Mordecai agrees but warns that if they do not return with proof that the pool exists, he'll make those dearest to them suffer. Persephone has never needed Azriel's teasing warmth as much as she needs it now, but she is finding out there is a price to pay for having broken past promises. Together,  they set off on a journey that will take them into the farthest corners of the  kingdom. Danger lies ahead and behind them; they will battle men and  beasts alike. Will Persephone and Azriel survive these perils? And will this  quest see their romance grow cold - or will it burn hotter than ever?
​ 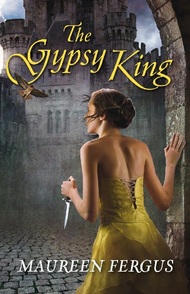 ​The Gypsy King (Razorbill, 2013)
​
A runaway slave with a shadowy past, sixteen-year-old Persephone has spent four long years toiling beneath the leering gaze of her despised owner and dreaming of life where she is f﻿﻿ree to shape her own destiny. Then one night, a chance encounter with a handsome chicken thief named Azriel changes her life forever. Sold to him for a pitifully small bag of gold coins and a pretty piece of stolen jewelry, Persephone soon discovers what she already suspected: namely,  that Azriel is not what he seems. When she discovers what he really is— and who he believes her to be — she is determined to escape him and his impossibly broad shoulders. But things are no longer as simple as they once were. Torn between her longing for freedom and her undeniable feelings for the handsome thief with the fast hands and the slow smile, Persephone faces the hardest choice she will ever have to make.  And no one—least of all her—could have imagined the shocking truth her decision will reveal 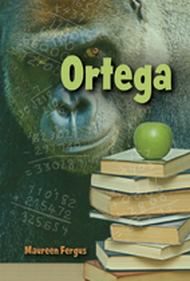 ​"Ortega" is the story of a talking gorilla. He has lived in a laboratory since his premature birth; now scientists want to see if he can fit in with humans his own age and level of development, so they are sending him to Grade Five. Ortega worries that the kids in his class won’t be able to see that underneath it all, he’s just a guy who likes cherry suckers, scary movies and pouring chunky noodle soup into the briefcase of the scientist who sees him as a piece of property. After a bumpy start, however, it looks as though things might actually work out for Ortega. Then the unthinkable happens and Ortega must rely on his friends to save him — or face losing everything he has ever known.
​ 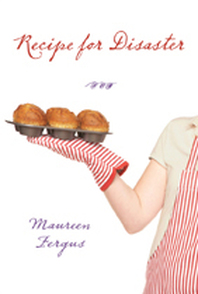 Recipe for Disaster (Kids Can Press 2009)
​
​This is the story of fourteen-year-old Francie Freewater, a hard-working baking prodigy who spends her nights dreaming of the day she’ll have her own syndicated baking TV show, and her days struggling to cope with the pretty, perky new girl whose trying to steal Francie’s best friend and who thinks Francie and her baking dreams are lame. With snappy dialogue and lots of LOL adolescent moments, this novel asks the reader to consider what makes a true friend and whether dreams make good career choices, and points out that in this life, although trying won’t necessarily guarantee success, quitting will always guarantee failure.
​ 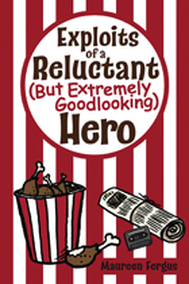 ​This is the story of a politically incorrect thirteen-year-old boy with a penchant for fried chicken  and girlie magazines who is reluctant to get involved in the struggle to save a local soup kitchen from closure until he makes the shocking discovery that a close friend sometimes has to eat dinner there – or go to bed hungry. Written in vignette format, subtly layered and rich in satirical humour, even a short reading from this book is sure to grab the attention of young readers.
​